Finally, the new MacBook Pro 16-inch is here. Yes, you heard it right. It marks the first time that Apple would be releasing a MacBook Pro with a 16-inch display configuration. This year has seen two minor updates on the MacBook Pro series. The MacBook Pro 15-inch and MacBook Pro 13-inch has slightly been updated but are still basically the same as their previous year’s predecessors.

The Keyboard – Out with the Butterfly 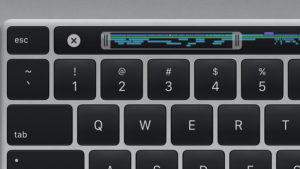 If there was something that we were genuinely looking forward to it would be the new keyboard. One of the first things we noticed with Apple’s new laptop is the return of the physical “esc” key. This really wasn’t much of an issue with its equivalent on Apple’s Touch Bar. But they shouldn’t have made a simple “escape” too complicated either. However, one drawback is a smaller Touch Bar but that didn’t take too much away from the added convenience of an esc key.

The new keyboard feels more comfortable and surer to the touch. It now has 1mm or travel compared to the less than .8mm before found in the old keyboard giving it that extra bouncy feeling. The keycap-structure also comes with a concave, rubbery dome for added support and comfort. 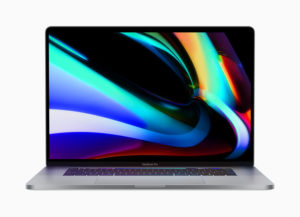 The MacBook Pro 16-inch sports one of the brightest and most colorful panels, packing a 3072 x 1920 resolution for a 226-pixels-per-inch count and 500 nits of high brightness. However, this is not a 4k screen which can make it deal breaker for professionals working with 4k video or content. The upside is that this resolution makes up for longer battery life.

The slimmer borders are the result of thinner side bezels. This makes watching or editing videos a richer and fuller experience. Although it lacks a 4k resolution, professionals can certainly take advantage of tweaking the refresh rate on the display.

Stunning visuals plus high-quality audio makes for great entertainment. Another thing that got us excited was the 6-Speaker audio system. The difference of listening to my favorite tunes on my old MacBook Pro 15-inch 2015 was night and day, and that’s an understatement. Turning up the volume did not produce any annoying vibrations while I was typing. Force cancelling woofers made sure that vibrations were minimized even when the volume was cranked up.

Upgrades to the MacBook Pro 16-inch sound system also includes a brand-new microphone array that is advertised to reduce hiss by as much as 40 percent. This studio-quality, 3-mic array is ideal for Podcasters and musicians who require a professional quality audio system. 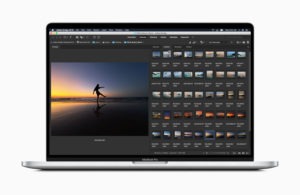 The MacBook Pro 16-inch comes with the biggest battery you could include in a laptop. The MacBook is powered by a 100-watt hour battery that is rated to last 11 hours on a single charge, according to Apple. However, this is quite impressive for a 16-inch laptop.

In a move that seems to be a contrast of building lighter and slimmer laptops, the MacBook Pro is surprisingly thicker and heavier. This can already be seen in Apple’s latest iPhones which are thicker due to its bigger batteries. The bigger form factor is also a result of the introduction of a scissor keyboard, more capable heat management system, and bigger batteries.

Prices for the MacBook Pro 16-inch start at $2,399 for its entry level offer. With this you get:

A more advanced configuration that comes with Intel Core i9 processor and more capable AMD Radeon Pro graphics card sells at $2,799. For a more detailed look at the package, here are the specs:

Aside from introducing innovations which its competitors were always quick to follow, Apple products were always a popular buy because these were end-user centered. The MacBook Pro 16-inch is certainly a far cry from being leading edge technology but represents a revisit into what made MacBook Pros a top choice for laptop buyers.

The MacBook Pro hits almost all the sweet spots that we’ve come to like about MacBook products. Better resolution, faster processors, more storage space, bigger SSDs, 11 hours of battery life, and finally a keyboard I can work with. 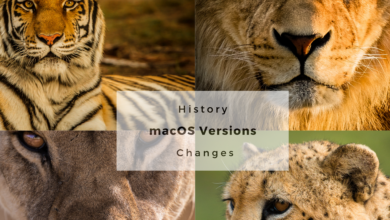