It is said that now, the future of computing networks is at the “edge” rather than being centralized. What happens in a centralized learning network? In this, users send the data to the server which then makes an assumption and sends that back to the client. This network is rather slower, less reliable, and costly as compared to edge processing, where you can make predictions directly on the client’s gadget. As time passes, we came to know that these edge computing are generally low-powered until we got Apple’s M1 chip. M1 chip is a step forward from machine learning to the edge.

In this article, we will tell you what an M1 chip is. Let’s dig right into it without further delay.

What Is the Apple M1 Chip:

For the first time in 15 years, Apple’s new MacBook, MacBook Air, the 13-inch MacBook Pro, and Mac Mini, which are recently launched, comes up with this brand new M1 replacing the Intel processors. This chip is considered a powerful replacement for the all-generation of Intel CPUs by Apple. The M1 chip is the first prototype that Apple has dubbed Apple Silicon.

The M1 chip comes up with spectacular performance, custom technologies, and great power efficiency. Furthermore, it was planned that it will work with the macOS Big Sur which is considered the most advanced operating system. Due to its great performance, it is transformed into a unique class of product. It is literally a breakthrough rather than an upgrade.

Apple has announced three gadgets that will be using the M1 chip. It includes:

An Entire System on a Chip:

The majority of recent PCs accompany an array of computing components that handle different processing tasks regardless of whether they run Windows, macOS, or Chrome. They incorporate two processors, the CPU, and the GPU. The CPU controls the essential computation like internet browsing, opening, and closing of apps. Whereas, the GPU deals with graphical computation and for outputting the signal to your gadget’s screen.

The CPU and the GPU are connected to the motherboard as separate items for powerful machines like a workstation or gaming rigs. On the contrary, these processors are combined as a single component in smaller portable laptops that use integrated graphics processing. It also has other components like cache, memory, storage, and so on.

However, with the advancement of the Apple A-series processors, the M1 chip adopts a different strategy. It is a single system on a chip (SoC) rather than the separate processing components. The SoC has control over all the computation including the graphics output too. As Mac needs multiple chips to function effectively and deliver all the features including the processor, security, and memory, this M1 chip has handled all this under a single chip.

It delivers not only incredible performance but also has more power efficiency than ever before. What’s more interesting is that this chip has the largest number of transistors that Apple has put into a single chip. Not only this, but it is also the first personal computer chip that is built with 5-nanometer processing technology.

The M1 chip is surely the level up which has the ability to perform 11 trillion operations per second which is up to 15x faster performance than before. Also, it has great power efficiency due to the 16 billion transistors that are packed in this chip. We will discuss this further in the article. Furthermore, the M1 has a built-in storage controller that controls traffic data, SSD, encryption, image processing from webcams, and other secondary chores that are needed for the computer to work.

Is MI a Neural Engine?

The efficiency that the M1 chip is offering is due to the neural engine which is a type of Neural Processing Unit. With the placement of 16 processor cores, it can perform many tasks in no time. These cores definitely sound a lot as compared to six chores in Intel Laptop CPUs. The M1 has four performance cores that are intended to run a single task efficiently as well as with great performance.

The M1 chip has the world’s fastest CPU core as compared to low power silicon that was used before. On the other hand, it also has four computing cores that handle complex calculations that require more processing power. Other cores are used to run light-weight tasks that will not require much power or energy. Thus, by far, the M1 chip has incredible performance and efficiency-power.

You can easily edit your photos or export movies or manage RAW libraries in Lightroom, without causing problems on the battery too. The graphics part of the M1 can power an external monitor at 60Hz and up to 6K resolution which you can see in Mac Mini, MacBook Pro, and MacBook Air. Furthermore, it is more feasible to deploy heavier models like AI models.

The M1 also has a unified memory architecture or UMA. That means it can unify its high bandwidth and low latency memory into a single place. As a result, it is easy to access the same data without copying it from multiple pools of memory and further improving performance and power-efficiency. You will also find that games will be richer and more detailed too.

Are All the M1 Chips Created Equal?

So the question may arise that all M1 chips are created the same? Well, it depends on the design and other physical properties of the gadgets. No doubt, you will get the task completed faster with the increase of cores. But this process also generates heat. This is the reason for having fans, heat sinks in most of the computers. There might be a slight difference in M1 as Apple hasn’t released many details of it yet. The new MacBook Air has no cooling fan due to which the M1 chip will be configured with 7 cores rather than 8 in order to avoid overheating problems. While the MacBook Pro will have cooling fans, it will empower the M1 chips to get fully controlled GPUs.

Is the M1 Chip Fast?

How is Battery-Life in M1 Chip?

Apple likewise claims that the M1 will offer incredible battery life in the MacBook Air and the MacBook Pro. The past models of the Air and Pro with Intel chips also effectively offer great battery life, around 10 to 20 hours of light tasks like watching videos. But M1 extends this battery life even more without lacking in its performance. Thus you will be getting a better battery life as macOS Big Sur has also featured advanced power management in the M1 chip.

Will Apps Run on the M1 Mac?

It is important to have a good chip as well as good software that will run on it. Many macOS apps are designed to run on Intel Processors rather than M1. But Apple has been working on it to help the developers to translate their code to the M1. So, it might cause a problem initially for many third-party apps but will be resolved in the future. macOS Big Sur still allows you to run more apps than before. With time, this collection will grow more as developers will continue building new apps. You can see the amazing performance in apps like Pages, Keynote, and iMovie.

Apple M1 chip claims to handle ML workload up to 9 times faster than the former Intel-powered gadgets as many third party software integrate AL and ML algorithms in their apps like Adobe Creative Suite. The lack of M1 support doesn’t mean that you can’t run third-party apps. You can still run on the new Macs by using the company’s Rosetta 2 software. This software acts as an emulator.

Apple also mentioned that you might get a slow process in it. Furthermore, Apple has likewise another great work with Rosetta 2 for running legacy x86 applications on the M1. It’s a key part of how Apple has made an effort to run older software on the new Mac without compromising on its performance. Also, iPhone and iPad applications can now directly run on the M1 powered Macs.

In conclusion, Apple has launched its best-performing chip yet. Before the M1, computers had discrete chips to get graphic performance which consumed a lot of power. On the contrary, the M1 chip is not only providing incredible performance but also is power-efficient. It comes up with great graphic performance as the GPU in M1 has advanced graphics processing. The M1 chip is capable of performing nearly 25000 threads at a time due to eight GPU cores packed in it. This chip has a class of its own as it can perform multiple tasks faster than ever before. 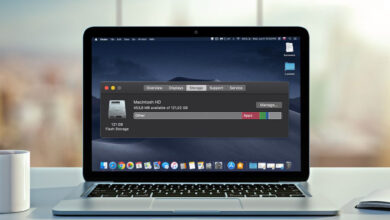 What is Other on Mac Storage and How to Clean it 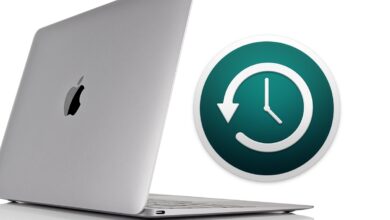 A Mobile Exclusive: Apple to Launch Arcade Service this Fall